‘New sense of urgency’ to hit the road

“Guests feel they have lost two years, and older clients are concerned about having fewer healthy years left to travel,” she said.

“People are desperate to get away,” he said. “They’ve been waiting to get back out there and are not shying away from those international destinations and big, once-in-a-lifetime adventures.”

The year of the ‘GOAT’

Expedia is calling 2022 the year of the GOAT, or the “greatest of all trips.”

In a survey of 12,000 travelers in 12 countries, the company found that 65% of respondents are planning to “go big” on their next trip, according to a company representative. As a result, it named the desire for exciting and extravagant trips “the biggest travel trend” of the year.

A survey of 12,000 travelers by Expedia found that Singapore residents were the least likely to have traveled during the pandemic (59%) and the most likely to want to splurge (43%) on their next trip.

Amadeus is seeing a jump in searches to “epic destinations,” according to a company report published in November. Searches to Tanzania (+36%), flights to Jordan’s Petra (+22%) and bookings to cities near Machu Picchu (nearly +50%) rose from 2020 to 2021, according to the report.

These trends are expected to grow this year, along with interest in islands in the Indian Ocean as well as Antarctica, according to the report.

The pandemic has changed the “mood of travelers,” said Decius Valmorbida, president of travel at Amadeus.

“We have people just say: “Look, what if another pandemic happens? What if I’m locked in again?'” he said. There’s “a psychological effect that now is the moment.”

Searches for stays in vacation homes abroad are now on pace with 2019 levels, according to HomeToGo’s travel trends report, released in late November.

The top-searched international destinations for Americans for 2022 travel are Rome, Bali, London, Paris and Mexico’s Riviera Maya — which includes Playa del Carmen and Tulum — according to Expedia.

Research shows that those aged 18 to 34 are driving the trend, and families are also getting in on the act, said Abercrombie & Kent’s Papaioannou.

“Families are choosing destinations they have always dreamt of, especially those centered around outdoor experiences like Nile River cruises, Machu Picchu, safaris and barge cruises in Europe,” she said.

While financially devastating for some, the pandemic has allowed others — namely, professionals who have been able to work from home — to sock away more savings.

Some 70% of leisure travelers in major countries — such as the U.S., the U.K., Canada, Japan and Spain — plan to spend more on travel in 2022 than they have in the past five years, according to a November joint report by the World Travel & Tourism Council and travel website Trip.com.

Travelers are “more willing than ever before” to splurge on future travels, according to Expedia.

Globally, HomeToGo’s average booking expenditures increased by 54% last year, compared with 2019, according to company data. But average nightly rates haven’t gone up nearly that much — around 10% in the U.S. — for bookings this year compared with before the pandemic, said the company’s co-founder and CEO Patrick Andrae.

“Pent-up demand for travel led to travelers taking longer vacations, many opting to do so in a spacious vacation rental versus a hotel,” he said.

U.S. travelers are also seeking quieter, more luxurious destinations this summer — Maui over Honolulu, Nantucket over Cape Cod — despite the higher costs, according to HomeToGo’s data.

Travelers may be willing to pay more to go to certain places, rather than to make the trip itself more luxurious. Twice as many U.S. respondents indicated they were willing to spend more to see “bucket list” destinations (32%) rather than book luxury experiences (15%) or room or flight upgrades (16%), according to Expedia.

The willingness and ability to spend more are likely a good thing, since travel costs have increased in some places. The U.S. Travel Association’s December Travel Price Index, which measures travel costs in the United States, shows that prices have increased for food (+10%), hotels (+13.3%) and motor fuel (+26.6%), compared with 2019.

Airfare, however, was lower than 2019 levels (-17%), according to the index — but that may soon change, partly because of rising jet fuel costs.

People are celebrating missed milestones, often with extended family, said Papaioannou. Abercrombie & Kent’s data shows a 26% increase in future bookings of five or more guests as compared with 2019, she said.

People are expected to travel more with friends and family this year.

“People are still catching up for lost time with family,” he said. “Destinations that provide for large multi-generation families, such as those with a high inventory of large villas — including the Caribbean, Mexico and Maldives — are seeing an uptick in bookings.”

The U.K. saw an explosion of bookings by large groups once restrictions eased, according to Amadeus. Bookings to party spots, such as Las Vegas; Cancun, Mexico; and the Spanish island of Ibiza, led the company to name “friendcations” a top travel trend for 2022.

Even “DIY travelers,” who normally plan their own trips, are nowadays seeking professional help to make sure their upcoming travels are seamless, said VIP Traveler’s Hoenig.

Clarification: This story was updated to clarify that HomeToGo’s average nightly rental rates increased by 10% in the U.S. market only. 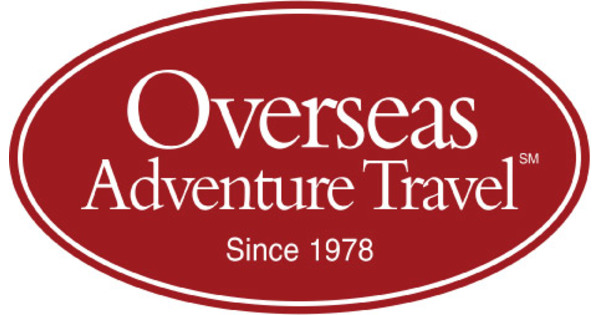