Clouds wobble and mountain peaks quiver as I glide silently along the fjord, my paddle slicing through their reflections with butter-soft ease. With every stroke I slip further into a sleepy rhythm, conscious I’m the only moving part in a scene that’s remarkably still.

Daily paddles are a form of meditation for kayak instructor Hege Dekkerhus, who escaped to the island of Senja several years ago, leaving a stressful life in the city behind. In an environment dominated by steep mountains and deep fjords, navigating the overpowering topography leaves no option but to slow down.

Weaving through islets strewn with polished boulders and strands of glossy seaweed, we explore the cinematic landscape once occupied by Viking communities. On the small, satellite isle of Tranoya, evidence of an ancient boathouse can be found beneath grassy mounds, along with bones, silver buttons and arrowheads frequently dug up by sheep — the only permanent residents who remain.

Despite being Norway’s second largest island, a three-hour drive and ferry ride from the northern city of Tromsø, Senja barely registers on most traveller’s radars. Too often it’s overlooked and overshadowed by the neighbouring Lofoten Islands, although its peaks soar just as high.

“I fell in love with this place when I came here,” says Hege, who operates kayak trips through her company Norwegian Wild, alongside managing Camp Tranøybotn, a converted 1970s caravan park. Set on the edge of Anderdalen National Park in the south of the island, the site has been gently transformed with clapperboard cabins, igloo domes and a lighthouse with 360-degree views. At dusk, sandpipers pick along the shoreline and seals duck and dive in the watery shadows.

It’s my base to explore Norway in miniature: Senja is a place where cliffs hug the coastline and colourful fishing villages tuck into the clefts of valleys, condensing some of the Scandinavian country’s greatest physical and cultural attributes into 612 square miles of space.

I start with a 56-mile stretch between Gryllefjord and Botnhamn; listed as one of Norway’s 18 designated scenic driving routes, it offers some of the island’s best views.

Tunnels bore into dark and seemingly impenetrable mountains, cutting through rocks jutting out to sea. At times, narrow stretches are pinched between plunging cliffs and roaring waves, showering me in a mist of ocean spray.

At Tungeneset, a wooden walkway leads to the water and a viewing platform, a popular spot for photographing geological wonder, the Devil’s Teeth. Ahead of me, a ridge of sawtooth rocks bites into the horizon, gobbling up the midnight sun only to spit it out again as I drive on.

During the midsummer months, there are never any real hours of darkness, giving days an irresistible elasticity and allowing activities to stretch until dawn.

One of the most popular hikes is Segla mountain. From the village of Fjordgard, I begin a four-hour trek to Senja’s equivalent of Pulpit Rock (an iconic precipice in Norway’s southwest), following a steep trail to a peak 2,096ft above the fjords, where I sit like a queen on a granite throne.

Senja’s landscape lends itself to legends and folklore, even entering the Guinness Book of World Records for creating the world’s largest troll. Weaned on fishermen’s tales told by candlelight, local man Leif Rubach was inspired to build Senjatrollet in Finnsæter, where he’d dress up and take visitors on a tour of his sculptures and tableaus inspired by local folklore. A devastating fire in 2019 forced him to hang up his hairy-toed slippers for good, however, and now only his memories and stories remain.

“Trolls are everywhere,” he insists. “You’ll find them in mountains, forest and sea.” Anywhere else, the claims would be ridiculous. But in magical Senja, even the most outlandish fantasies seem to make sense.

How to do it

Where The Wild Is offers the four-night Life With A Local: Senja tour from £1,885 per person, including hiking, kayaking and road outings but excluding flights.

For more info, head to visitnorway.com

Published in the June 2022 issue of National Geographic Traveller (UK) 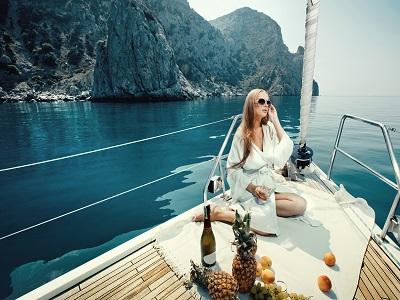