“The demand from larger companies still has a bit of hill to climb to get back to where we were, pre-pandemic,” Capuano said. “[But] as greater numbers of employees return to the office, demand has been rapidly improving.”

The company noted shifts in travel patterns, including blended leisure and business trips as a continued trend. Particularly in the U.S. and Canada, said Capuano, “Monday through Wednesday occupancy was down in the mid-teens, [but] occupancy during the shoulder days, Thursday and Sunday, was down in the single digits and occupancy on Fridays and Saturdays was nearly in line with March of 2019.”

Executives also called out promising trends in group business, including increased group sizes compared to the first quarter of 2019. Length of stay for group bookings was “up 26 percent compared to [Q1] 2019,” said CFO and EVP business operations Leeny Oberg.

One trend, however, that Marriott said prevented it from providing more aggressive financial guidance for Q3 and Q4 was the prevalence of short group booking windows, which also could challenge meeting organizers if volumes continue to accelerate.

“We have much less visibility into Q3 and Q4, because the booking windows have been shortening, generally, and then the trend towards shorter group bookings is even more acute,” said Capuano. “We’ve talked to you a bit about the fact that we saw really strong group numbers at the end of the first quarter. We’re feeling good about the last three quarters. But again, we’re dealing with quite short booking windows. And the same is true with business transient. I think it’s that murkiness of visibility in the back half of the year that’s causing us not to be more bullish in terms of forecasting.”

“April was the eighth month in a row where in-the-year, for-the-year group bookings exceeded 2019 levels,” said Capuano. “Importantly, our sales teams remain focused on driving [average daily rate], which has continued to rise for new bookings. ADR for managed hotel bookings made in January was 3 percent above 2019 levels, while ADR for bookings made in March had risen to 12 percent above pre-pandemic levels.”

One trend that might put a damper on corporate demand, especially in the European market, is the pressure for companies to show more sustainable travel practices. Capuano cited a recent meeting with 30 European travel managers during which attendees voiced concerns about both containing travel costs and being mindful of carbon footprints were vying for priority over the “absolute desire to collaborate with colleagues, meet with customers, immerse new employees into corporate cultures,” said Capuano. However, he added, that recent numbers suggested the “appetite for the benefits of in-person interaction or are starting to win that tug-of-war a bit.”

The company reported first-quarter 2022 net income of $377 million, compared with a net loss of $11 million in the first quarter of 2021.

The company added 75 properties and roughly 11,800 rooms globally during the first quarter, including approximately 5,300 rooms in international markets and a total of more than 2,500 conversion rooms. During the same time, 16 properties comprising 3,494 rooms exited the system.

By the end of the first quarter, Marriott’s worldwide development pipeline totaled nearly 2,900 properties and more than 489,000 rooms, including roughly 20,800 rooms approved but not yet under signed contract. Approximately 201,400 rooms in the pipeline were under construction. Marriott’s global lodging system totaled more than 8,000 properties, with nearly 1.5 million rooms.

Fri May 13 , 2022
(09 May 2022, 10:42 +07)  Four Seasons has partnered with the Oman Tourism Development Company (OMRAN Group) for a new luxury hotel and private residences in Muscat. The Four Seasons Resort and Private Residences Muscat will be created through the redevelopment of a former yacht club and marina into 200 […] 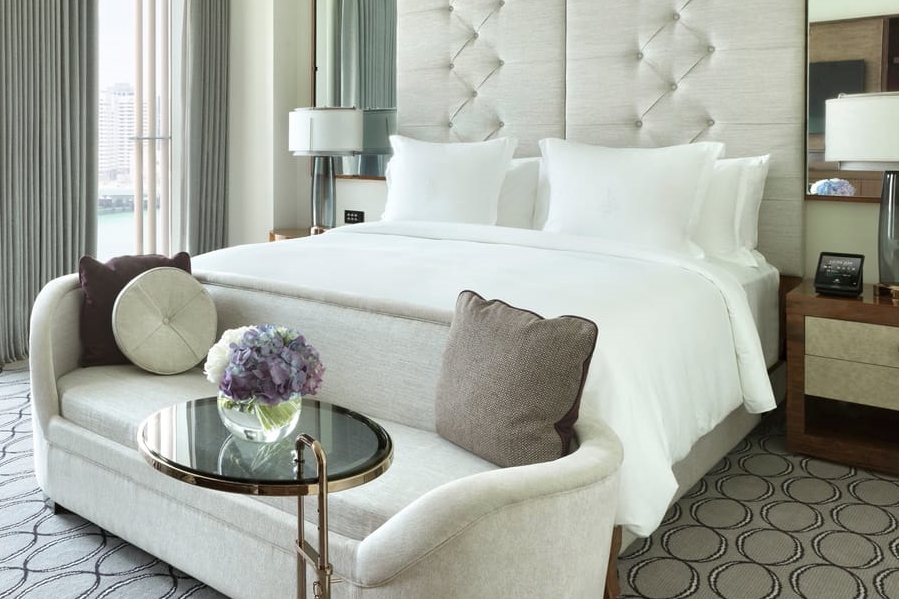