Islamabad: Pakistan’s scenic north has long been a favourite destination for mountaineers from across the world in all seasons but the country is now looking to establish itself as a winter tourism destination.

Winter sports and cultural festivals are being organized annually in the snow-covered valleys of Pakistan to promote adventure and winter tourism and attract domestic and international tourists. Pakistan is prepared to welcome tourists to popular winter destinations with certain coronavirus restrictions this year. The visitors must carry a physical or digital proof of vaccination as the new variants of the virus are still posing concerns.

Pakistan is famous for its hospitality, exquisite cuisines, historical sites, and most importantly its majestic mountains. Pakistan is home to five peaks with altitudes of over 8,000 metres, including K2, the world’s second-highest mountain.

The government is gradually investing in facilities and infrastructure to offer more attractions for sightseers, skiers, trekkers and mountaineers by organizing adventurous sports as well as cultural festivities. Pakistan International Airlines (PIA) has also resumed its air safari flight and the flight to Skardu is known as “the most scenic and exciting flight” with stunning views of the world’s highest mountains.

1. Hunza and Skardu in Gilgit-Baltistan

The famous crystal clear Attabad Lake is also near Hunza. British mountaineer Eric Shipton called the Hunza valley “the ultimate manifestation of mountain grandeur” with the iconic Rakaposhi mountain as the valley’s star attraction. The region offers splendid views of Pakistan’s loftiest peaks and unforgettable sunrises, according to visitors. Some of the winter sports attractions in Gilgit Baltistan include the snow marathon in Khunjerab, ski traversing in Deosai, skiing in Naltar and Astore and ice hockey in Hunza.

Khyber Pakhtunkhwa is known for its diverse natural beauty and magnificent valleys including the Swat, Kaghan and Kumrat valleys. Swat Valley, with its green pine trees, snow-capped peaks and glistening lakes, is also known as the Switzerland of East.

The remote valley of Kumrat is called the “hidden gem of Khyber Pakhtunkhwa” due to the valley’s fairytale ambience, deodar-forested mountains and waterfalls. Another worth visiting region in KP is the Galiyat area which includes Nathiagali, Donga Gali, Changla Gali and Ayubia. Snow festivals with thrilling adventure activities are the key attractions for tourists in the Galiyat region.

The 144km-long bow-shaped Neelum Valley is located in Pakistan-administered Kashmir. The valley is home to lush green terrain and mountains, sparkling freshwater streams and dense forests. Neelum Valley is known as the “blue gem” is popular as a summer tourist spot but is now emerging as a new winter destination as the local administration is encouraging tourists to visit the valley with vibrant festivals and sports activities.

4. Quetta and Ziarat in Balochistan

Balochistan is a land of remarkable geological and topographical wonders with golden deserts, dramatic mountain ranges, and the splendid coastal region which includes Gwadar beach and Astola Island. The deserts of Nushki and Kharan are among the most beautiful in the region. Ziarat Valley is the most popular tourist destination and home to the world’s second most extensive Juniper forest. The valley remains cool in summers and snow-covered in winters. Hanna Lake is another gorgeous place to visit near Quetta city which is covered in snow in winters. Hingol National Park in Balochistan is popular for its unique rock formations and numerous animal species.

5. Forts, deserts and beaches in Sindh

For those not fond of the snowy valleys, there are sandy deserts and incredible landscape stretches and green fields in central Pakistan and sparkling beaches and the Arabian Sea in the south. The province of Sindh is the home to the ancient city Moenjo Daro, a well-preserved relic of Indus Valley Civilisation, and several heritage sites and forts, as well as stunning beaches and the commercial hub city of Karachi. Winter is the best time to explore the culture in interior Sindh where temperatures in summers range between 40 and 50 degrees Celsius. The forts of RaniKot, Umerkot and Kot Diji reveal the grandeur of Sindh and are reminiscent of the ancient times when Pakistan was the cradle of civilizations.

The Punjab province is home to many heritage and cultural sites and comprises rich agricultural lands, an extensive network of rivers and channels, shrines, and Mughal-era forts and gardens. It is a melting pot of religions and cultures with Sufi shrines, Buddhist monasteries Sikh gurdwaras and Hindu temples spread across the province. The rich culture of the walled city of Lahore, sacred shrines in Multan, glorious palaces in Bahawalpur and Derawar Fort in the Cholistan Desert are some of the most attractive tourist destinations.

After the Murree tragedy, the police has strictly asked tourists to come fully prepared by storing extra fuel, charged batteries, tow and snow chains, and be extra careful while snapping selfies and check the weather conditions before travelling. Meanwhile, the visitors have urged authorities to improve food and lodging standards, keep a check on the local tourism industry and ensure sustainable tourism by introducing littering fines and proper waste management and recycling facilities.

Book these gorgeous luxury resorts in Batam and Bintan

Thu Feb 3 , 2022
Batam and Bintan islands in Indonesia will resume tourist activities and welcome back leisure travellers from Singapore to their pristine seashores. As per the ferry operators that arrange trips from Batam and Bintan, a stream of inquiries have been flooding in since the past week, owing to the country’s announcement […] 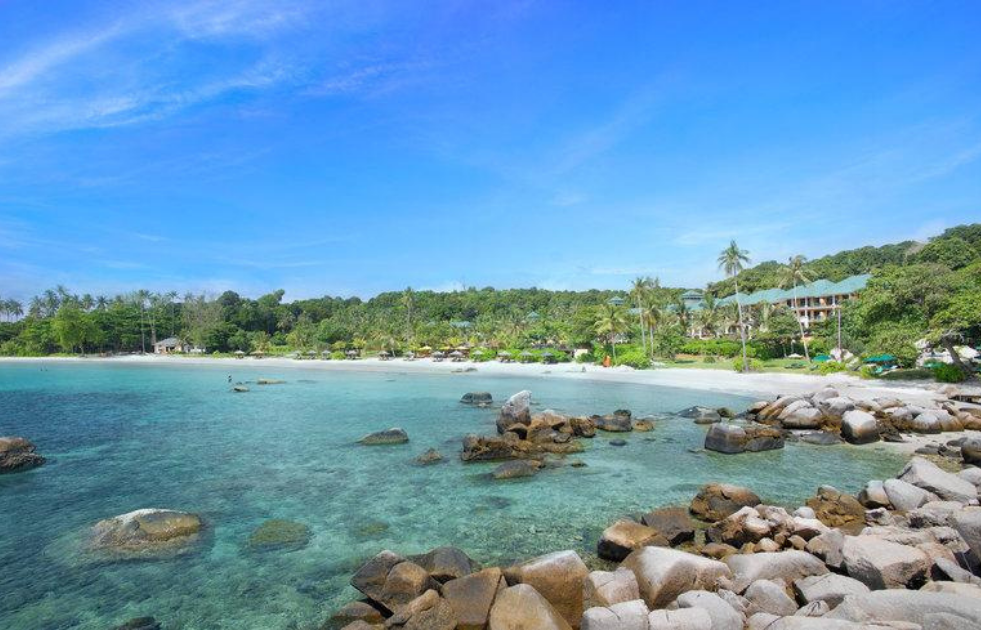