The far-flung Indonesian archipelago of Raja Ampat should really have a no responsibility disclaimer put in place. Never again will the blues, greens and golds of a tropical holiday be so vibrant and detailed. Wherever you travel in the world, the beaches and seas will never seem good enough. Wherever you go afterwards, these islands will haunt your imagination.

I was thinking this while sailing onboard Prana by Atzaro, a Kardashian-approved luxury yacht with gaft-rigged masts, ironwood bowsprit and seven sails (Kim, Kourtney and company were the first to charter the boat for a private trip pre-pandemic). The €5 million Sulawesi-built phinisi is a Robinson Crusoe-style frigate magicked into reality, then amped up with nine suites, Balinese-style lounge and cocktail bar, 18-seater dining room and calming massage parlour. And there’s also a watersports hub stocked with paddleboards, water skis, sea kayaks, wakeboards and scuba gear. No adjective wholly captures the experience of sailing onboard into the great wide blue. Come on honeymoon, for a celebration, or trip of a lifetime with a group of friends; it isn’t just a boat trip. It’s an access pass to a world where we don’t belong.

The owners of this extraordinary yacht – Spaniard Victor Guach and Belgian Philip Gonda – say they first came to Indonesia because the landscape and vibe reminded them of their home in Ibiza, where they run the equally polished Atzaró Agroturismo spa hotel. Years later, they decided to buy their own luxury vessel and now Prana by Atzaro – Sanskrit for “breathe” – sails Komodo National Park, as well as Raja Ampat, off Bird’s Head Peninsula on the island of New Guinea.

The 180-footer left the shipyards of Bira in September 2018 to start a new life and it now makes a compelling case as Southeast Asia’s greatest sailing adventure, around spectacular flint-crested karst islands and sunlit lagoons.

Our route is plotted from the port city of Sorong to Pulau Wayag up the western edge of Waigeo, one of the archipelago’s four main islands. Our first day starts with snorkelling in ultramarine waters alongside turtles and trigger fish in the shallows of Yenbuba island. It ends with one of the earth’s most audacious wonders. When the sun dissolves into the sea and night falls, thousands of fruit bats take flight over the jungle-dense island. It’s a dizzying display and the transition leaves both us and the 18-strong crew gasping the air for oohs and aahs.

No day is the same. Next morning, off the tropical island of Kri, I spy a shoal of black-tip reef sharks in the translucent water from a kayak, then alight with a thump on a footprint-free sandbank. There is a sense it is a little world within itself; a skeletal tree, anchored with a swing made of threadbare rope, is the only sign humans populate the same planet.

Another way to get to grips with the sheer scale of Raja Ampat and its 1,500-plus islands is to see it from below the surface. Sunlight breaks the glassy calm water at first light, illuminating reef systems that claim a census-breaking record for the highest marine life diversity in the world. In this so-called Coral Triangle, there are microorganisms, plant life and fish that can’t be found elsewhere, and trip highlights include dugongs and dolphins, barracuda and barnacled whales, hawksbills and hammerheads.

For scuba regulars, there’s enough subaqueous trickery to give the most snobbish old-timer the shivers. Expect deep sea currents, blue water drop-offs and head-spinning vortexes of silvery fish. For the beginner, there are shallow dives and snorkelling high-water marks.

On day three, at the stern of the superyacht, I find cruise director Mick Taylor, an Aussie transplant and scuba instructor who’s been sailing Indonesia for the best part of the past decade. Sun-creamed and fair-skinned to the point of a Japanese geisha, Taylor has the air of a man who doesn’t believe his own luck. Alone, setting up the scuba gear, he seems caught in a trance. “There’s not many places where you can have a dive site to yourself,” he says, looking out over nothing but thrilling blue sea. “I love to come here, because it’s always curiously at peace.”

After the morning’s first dive, it’s not hard to see what he means. Baby sharks circle, turtles with wrinkly necks gaze at us while we float above staghorn corals. Before returning to the surface, I spot more big fish than I’ve ever seen at an aquarium, then watch a gang of groupers lurking in the dark, presumably preferring to remain incognito. The diving on the next day – off the coast of Piaynemo island – gets even better.

Time for our arrival at Pulau Wayag: on our fourth morning the portholes fill with pearly white beaches and karst islands pitch skywards at tortuous angles. Some 14 hours northwest from Sorong, we’ve been drawn here by the island’s jigsaw puzzle footprint of atolls and dreamlike lagoons. It is Raja Ampat’s star turn, veering between lost world and hikeable limestone peaks with pinch-yourself viewpoints. So far from the nearest port, in days of mass over-tourism, its future seems secured.

Tomorrow, we’ll sail back to Sorong on a long journey via the manta ray playgrounds of Arborek. But for now, to our surprise, a party is thrown for us on a beach that’s easily the most spectacular strip of sand I’ve set foot on, with fairy-light set dining table and DJ booth. The drinking and dancing by firelight goes on late into the night, and we get rocked to sleep in our cabins by the ebb and flow of the yacht’s own discoing currents. As implausibly beautiful as it is intrepid, a trip like this can’t go on forever. But in this brave new world of ours it’d be nice to pretend it could.

Prana by Atzaro (pranabyatzaro.com) sails all year round, visiting Raja Ampat from December to April and Komodo National Park from May to October. The starting price for a full private charter for 18 guests is €13,270 per night, inclusive of all meals, as well as watersports, diving and excursion fees.

Mon Apr 25 , 2022
Viator has released its 2022 Trend Report, measuring booking trends made on its website from 2019 to 2021 to reveal the biggest trends that could be taking over in 2022. 2021 was a year that brought many back to travel again, and half of Americans name travel as the biggest […] 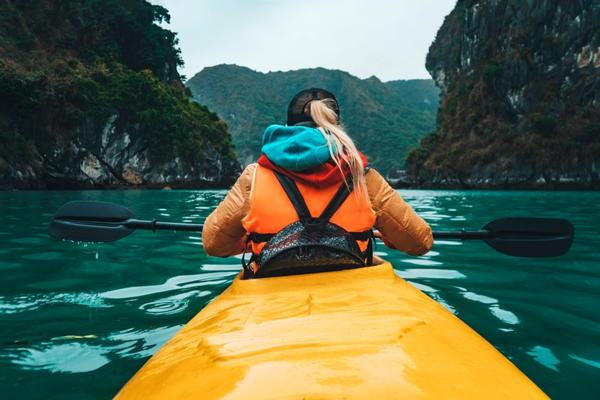