Oil prices are skyrocketing as the Russian invasion of Ukraine raises concerns about oil supply. The international benchmark Brent Crude fell 1.2% to $109.81 per barrel on Thursday, while the United States Crude per barrel prices jumped 5.7% before ending down 2.5%. Both benchmarks are up more than 40% for 2022, and the U.S. oil benchmark briefly topped $130 per barrel this week.

Furthermore, the spike in gas prices due to the Russia-Ukraine war has replaced COVID-19 fears as the prime deterrent to traveling this spring and summer. The travel industry might face significant headwinds due to rising oil and gas prices. In addition, global jet fuel prices have surged to near 14-year highs aligning with crude oil supply shortfalls. In turn, fare hikes are set to undermine the recovery in air travel.

On February 8, H announced that a Hyatt affiliate had entered into a franchise agreement with Thera Island Suites S.A., owners of Magma Resort Santorini, and Athens-based SWOT Hospitality is set to operate the hotel. The hotel is expected to grow H’s brand footprint, but it might take some time before substantial gains can be realized from this venture.

For its fiscal fourth quarter, ended Dec. 31, H’s total revenues increased 153.8% year-over-year to $1.08 billion. However, its adjusted net loss attributable to H rose 70.9% from the prior-year quarter to $306 million, while its loss per share, adjusted for special items, rose 57.1% from the same period last year to $2.78.

H’s POWR Ratings reflect this bleak outlook. The stock has an overall D rating, which equates to Sell in our proprietary rating system. The POWR Ratings are calculated by considering 118 distinct factors, with each factor weighted to an optimal degree.

H has a Value, Stability, Sentiment, and Quality grade of D. In the 22-stock Travel – Hotels/Resorts industry, it is ranked #21.

Click here to see the additional POWR Ratings for H (Growth and Momentum).

NCLH in  Miami is a cruise company that operates in North America, Europe, Asia-Pacific, and globally. The company operates through the Norwegian Cruise Line, Oceania Cruises, and Regent Seven Cruises brands. It offers itineraries ranging from three-days to 180-days, calling on various destinations.

On February 23, NCLH announced that in connection with its previously announced private offering of $435.0 million of  2.50% exchangeable senior notes due 2027, the initial purchasers have notified the company of their intent to purchase an additional $38.175 million of the exchangeable notes. The offerings might represent  a debt burden for the company, however.

It is no surprise that NCLH has an overall F rating, which translates to a Strong Sell in our POWR Rating system.

NCLH has an F grade for Value, Stability, Sentiment, and Quality. It is ranked #2 of the four stocks in the Travel – Cruises industry. The industry is rated F.

To see the additional POWR Ratings for Growth and Momentum for NCLH, click here.

MMYT, which based in Gurugram, India, operates as an online travel company that sells travel products and solutions in India, the U.S., Singapore, Malaysia, Thailand, UAE, Peru, and Indonesia. The company operates through the Air Ticketing; Hotels and Packages; and Bus Ticketing segments.

The negative $0.17 consensus EPS estimate for the fiscal quarter, ending March 31, 2022, indicates a 466.7% year-over-year decrease. And the $78.74 million consensus revenue estimate for the same period reflects a decline of 0.6% from the prior-year quarter.

These poor prospects are reflected in MMYT’s POWR Ratings. The stock has an overall D rating, which equates to Sell in our proprietary rating system.

MMYT has a Value, Stability, Sentiment, and Quality grade of D. In the 73-stock Internet industry, it is ranked #68. The industry is rated F.

Click here to see the additional POWR ratings for Growth and Momentum for MMYT.

LIND in New York City is an expedition cruising and land-based adventure travel experiences provider. The company’s offerings include voyages on a fleet of owned expedition ships and seasonal charter vessels under the Lindblad brand.

On January 21, LIND announced that its subsidiary had priced $360 million  of 6.750% senior secured notes due 2027. The company intends to use the net proceeds from the offering to prepay in full all its outstanding borrowings under its existing term loan.

LIND’s operating loss increased 1.5% year-over-year to $29.53 million in its fiscal fourth quarter, ended December 31. For the year ended December 31, its net cash provided by financing activities decreased 85.3% from the prior year to $50.41 million, while its cash, cash equivalent, and restricted cash balance came in at $172.69 million, down 15.6% from the prior year.

Analysts expect LIND’s EPS to remain negative at least until its fiscal year 2022.

LIND has an overall F rating, which translates to Strong Sell in our POWR Rating system.

LIND has an F grade for Sentiment and a D grade for Value and Quality. It is ranked #1 in the Travel – Cruises industry.

Analysts expect ISPO’s EPS to remain negative at least until its fiscal year 2023.

The stock has declined 66.5% in price over the past five days to close yesterday’s trading session at $14.23.

ISPO has an overall rating of D, which equates to Sell in our proprietary rating system.

ISPO has a Growth grade of F and a Value and Quality grade of D. In the 66-stock Fashion & Luxury industry, it is ranked #64.

In addition to the POWR Rating grades we have stated above, one can see ISPO ratings for Momentum, Stability, and Sentiment here.

About the Author: Anushka Dutta

Anushka is an analyst whose interest in understanding the impact of broader economic changes on financial markets motivated her to pursue a career in investment research. More…

More Resources for the Stocks in this Article

Mon Mar 14 , 2022
Nicole Edenedo As spring brings with it the kickoff of the 2022 river cruising season, AmaWaterways co-founder Kristin Karst outlined a number of travel trends the line has noticed, many the result of preferences brought about by the Covid pandemic. And some of them may have more staying power than […] 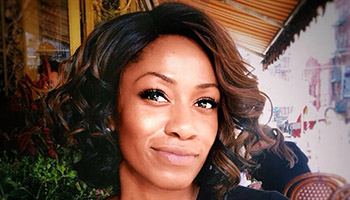