A warm and fuzzy slice of life story about a time-travelling school boy trying to save his family. More 3D visual novel than classic adventure game, but its heart is always in the right place.

Back in the mists of time of 2013, a bunch of Japanese developers got together to make a series of short 3DS games called the Guild series. Headed up by Ni No Kuni makers Level-5, it had some pretty big-name contributors: Keiji Inafune, Goichi Suda, Yoot Saito and Yasumi Matsuno among others. But there was one game that stood out to me as something really quite special. It was the considerably less well-known Millennium Kitchen’s Attack Of The Friday Monsters, a sweet slice of life adventure that saw you play as ten-year-old Sohta walking the streets of his small Tokyo suburb on a hazy summer afternoon in 1971. It was a tender celebration of childhood nostalgia and imagination, with just an inkling of some menacing undertones, both from the people Sohta meets in his neighbourhood and the titular Friday kaiju monsters that may or may not exist in the real world.

I mention all this because The Kids We Were is probably the only game I’ve played since then that’s even come close to capturing some of that Attack Of The Friday Monsters magic. You won’t find any kaiju here, but this is a similarly nostalgic portrait of pastoral Tokyo, as viewed through the eyes of young Minato on his summer holidays, first in the present day and then in the 1980s when he ends up travelling back in time Back To The Future-style to when his parents first met as kids. With three days to right past wrongs, this is one of those gentle, coming of age tales that leaves you feeling warm and fuzzy in all the right places, even when there’s no real ‘game’ to speak of.

Like Friday Monsters, The Kids We Were is more of an interactive 3D visual novel than anything else. I wouldn’t even call it an adventure game in the traditional sense, as your primary objective for its six-ish hour run-time is to simply move Minato from one story beat to the next and soak up its cutscenes and dialogue. There are secret coins to root out if you go looking for them, but their only purpose is for buying dozens of collectable retro capsule toys you can view through the in-game menu. Developer Gagex even say straight up that their inclusion is simply a vehicle for them to share their collective nostalgia for Showa-era paraphernalia, with their, admittedly quite delightful, flavour text often breaking the fourth wall to address the player directly.

Ostensibly, Minato’s main purpose for going back in time is to solve the sleepy town of Kagami’s seven local mysteries, the resolution of which will supposedly reunite his fractured family back in the present, save his dad and sister from an untimely demise and generally make everything hunky-dory again. The mysteries themselves are classic kids detective club stuff. There’s a haunted train, a ghost in the bathhouse, a monster in the school swimming pool, a strange smiling woman out to get bad children after dark… They’re the kinds of rumours that have made for perfect summer holiday fodder in books, anime and kids films for years.

And, like a lot of local folktales, any tentative hint of the supernatural usually turns out to be something quite mundane. That’s not to say the mysteries here are unsatisfying. In fact, the truth behind a lot of them is surprisingly moving, touching on heavy subjects such as domestic abuse, bullying, and alcoholism with a deft and sensitive script that, crucially, still knows how to tell a good joke when the situation calls for it.

Alas, the process of actually untangling fact from fiction in The Kids We Were is altogether more restrained. Rather than hunting down clues and leads of your own volition, you’ll tackle each mystery when the story’s good and ready for you do so. You don’t so much as solve these mysteries as have the game tell you the answer, and it’s here where I felt my inner sleuth start to chafe against the bit slightly. I’m not expecting the freedom of an Obra Dinn or an Outer Wilds – this did, after all, originate as a mobile game – but some kind of puzzle, any puzzle, wouldn’t have gone amiss here.

The town itself also doesn’t possess quite the same sense of place as Friday Monsters. Kagami’s voxel temples, shops and bathhouses are all lovely and easy on the eye, as are its colourful sunsets and starry night skies, but it also lacks the nooks and crannies, alleyways and backstreets to really make it come alive as you bob between objectives. Again, a reasonable hangover from starting life on mobile, perhaps, but after a couple of hours I was more or less walking around on autopilot. I’d occasionally smash myself into walls and objects for a quick pixel hunt in search of sneaky hidden coins, but the appeal of these blocky streets quickly wore off as the game went on.

Still, when the story is this earnest, it feels churlish to berate it too harshly. Its heart is in the right place, and if anything, I wish there were more slice of life games out there like this. Plenty of games start off domestically, but they often leave it behind in favour of something more spectacular and fantastical. I want more games like The Kids We Were, that have the confidence to focus on the humdrum rhythms of everyday life, and that evoke the same kind of feelings as the films of Makoto Shinkai, Mamoru Hosoda and Hirokazu Kore-eda, and the novels of Shion Miura and Hiromi Kawakami (and if these games do actually exist, please tell me about them. I want to consume and absorb them into my consciousness as soon as possible). They may not end up feeling much like the games we’re used to, but I’m glad they exist all the same.

Sun Jan 30 , 2022
Scroll To See More Images If you purchase an independently reviewed product or service through a link on our website, STYLECASTER may receive an affiliate commission. Something strange happens once February hits. Despite the weather being a frigid 19 degrees, I get the urge to start shopping for my summer […] 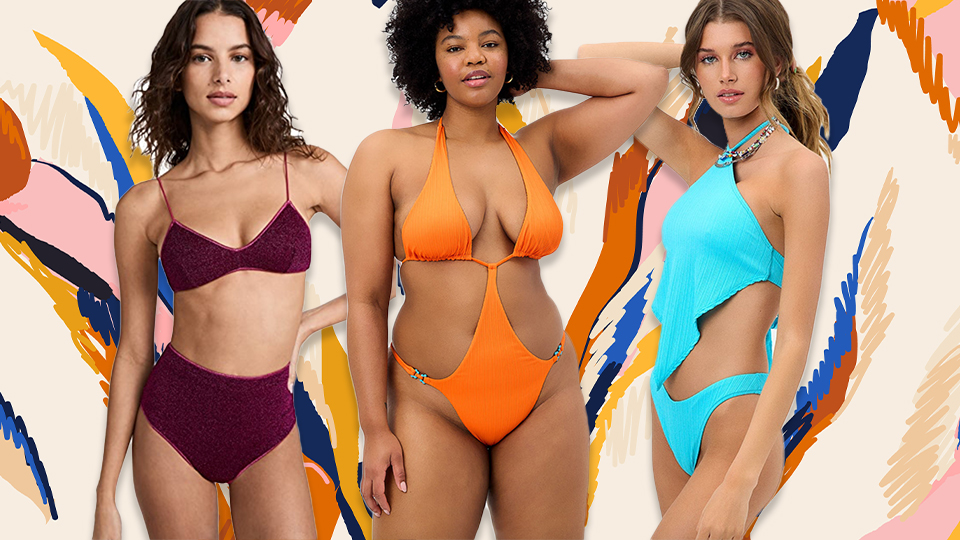