This year, the second in a row, the Times Travel desk faced the challenge of creating one of our signature pieces of journalism, the annual “52 Places” list, in a world turned upside down.

A year ago, with global travel at all but a standstill, we turned to readers to ask about the places that had sustained them in the darkest days of lockdown. That list included locations as varied as fantastical colored-rock formations in India and a humble brickwork church in South London. They were faraway destinations held dear in memory, or nearby spots that had offered solace, and they served as a reminder that the world was still out there, waiting.

Now, with the pandemic hitting its third calendar year, global travel is more possible, but it remains difficult and fraught with uncertainty. The populations of many countries outside of North America and Europe are largely unvaccinated, while China and other countries in Asia remain closed to most visitors. Shortly after the Biden administration loosened the rules around international travel to the United States, the Omicron variant of the coronavirus began spreading. Even vaccinated travelers who have received boosters are not immune to this latest twist in the virus. Travel restrictions for visitors from southern African nations were quickly put in place, then lifted.

Beyond the pandemic, there is a profound shift underway in the world’s understanding of climate change and the swiftness and degree to which we are already seeing its effects. Wildfires, floods, dangerous storms, rising water levels and temperatures: all remind us how fragile our world really is. The travel industry is responsible for somewhere between 8 and 11 percent of total greenhouse gas emissions, according to the World Travel & Tourism Council, and at the Glasgow climate summit this fall, the tourism industry made its first commitment to cut carbon emissions in half by 2030 and reach “net zero” by 2050.

There is also the problem of overtourism, which has been held in check by the pandemic, but threatens to reassert itself when the world once again starts to move. The crowds that have made Venice all but impassable in the high season, or turned neighborhoods in Barcelona into Airbnb outposts, have thinned for now. But will we have learned anything from the forced shutdowns, or will the same patterns re-emerge?

Yet as the tourism industry’s Glasgow commitment demonstrates, travel can also be part of the solution, and not only on climate. Travel supports depleted economies in places that depend on tourists’ dollars and opens the eyes of travelers to cultures and customs different from their own. That thought is the animating spirit behind this year’s list, “52 Places for a Changed World.”

In the past, the list has often focused on things like a newly hot restaurant scene, an exciting new museum or the opening of a fabulous beachfront resort. This list, instead, highlights places where change is actually happening — where endangered wild lands are being preserved, threatened species are being protected, historical wrongs are being acknowledged, fragile communities are being bolstered — and where travelers can be part of the change. Visiting a Canadian park run by an Indigenous tribe helps keep a culture alive. Sampling whiskey at a Scottish distillery turning to zero-emission fuel helps trim carbon emissions. Dining at a restaurant in the Midwest staffed by formerly incarcerated people contributes to uplift. We are especially keen on places where grass-roots efforts are pushing transformation, making their patch of the world better in the face of all that is wrong.

This is not the spinach (or broccoli) of travel lists: The vistas of Iberá Park in Argentina are stunning even if you don’t know that the park’s grasslands are crucial to saving a bird known as the strange-tailed tyrant. Diving with sharks in the Caribbean is magical, but it is even more so when you know you’re helping to save these creatures that are so critical to the oceans’ health. Touring Normandy’s moody coast on a bike is delightful, and the carbon saved is a bonus.

Some of the places on this list are not yet open to travelers, and some are in areas hard hit by the virus that may not be safe, at least for now. Our message is not to hop on the next plane, but to use this list as inspiration for your own more purposeful, more fulfilling travel in the coming year and beyond.

Why Private Adventure Trips Are Booming

Tue Feb 1 , 2022
Morocco with Trufflepig Trufflepig If the pandemic has taught us anything, it’s that we need to self-select and maintain our own pod or bubble as much as we can. That’s especially true with adventure travel. Instead of traveling with strangers, why not travel with people that you know? For those […] 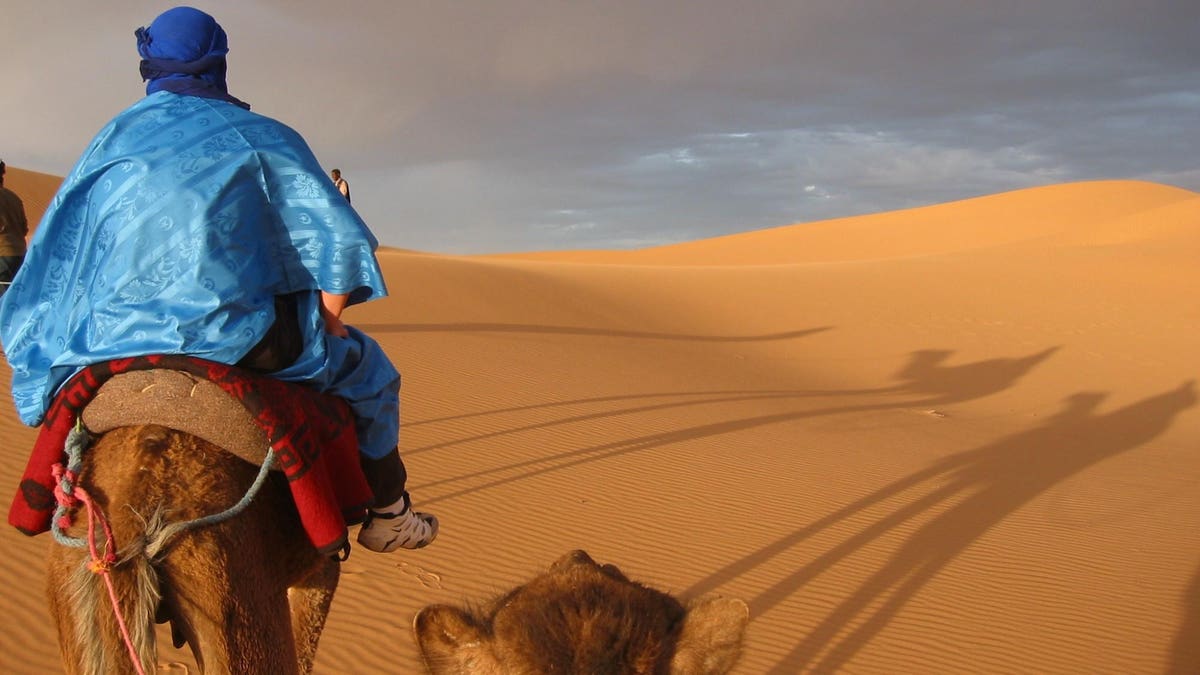