What a difference two years makes. Just a few months into the Covid-19 pandemic, a trend survey from American Express Travel found that for nearly half (48%) of respondents, not being able to travel was making them feel anxious and stressed. And nearly eight in 10 (78%) said travel was one of the top activities they missed the most.

Today travelers are by and large putting the pandemic behind them, according to the American Express travel trends report for 2022 released today. The global study — fielded in seven countries — found that travelers plan to spend more, go farther, and dust off their bucket lists in 2022.

The online Amex Trendex survey of 3,000 regular travelers earning at least $70,000 a year was conducted last month in the U.S., Japan, Australia, Mexico, India, the U.K., and Canada.

“People are going to take more trips this year,” said Audrey Hendley, president of American Express Travel, where 2022 bookings are already up 35% compared to 2019. Six in 10 (62%) survey respondents said they want to take between two and four trips this year.

“Eighty-six percent of respondents expect to spend more on travel in 2022—that’s a staggering number,” she said. “They are splurging a bit, upgrading to premium.”

“People have been at home and they’ve been thinking about intentionality, the idea that ‘where I spend my dollars matters.’”

Significant jumps in key metrics indicate that travelers’ confidence in planning trips has exploded in the last year as pandemic worries wane. First, from the study, nearly three out of four travelers (74%) say they are willing to book a trip for 2022 even if they might have to cancel or modify it later. “That number was 56% last year,” said Hendley.

Second, Amex Travel is seeing that people are willing to venture further from home. “Sixty-one percent of our trips will be international versus 39% this time last year,” said Hendley, adding that, “customers are looking to book further out,” another bellwether of consumer optimism.

Millennials are Driving the Major Trends

Millennials, aged between 26 and 41, are driving major travels identified in the Amex Travel report, starting with a demand for bucket-list trips to Europe, Africa, the Galapagos Islands and Antarctica.

“Dream destinations are coming back into focus,” said Hendley, noting that an overall majority (55%) of respondents say they want to book a once-in-a-lifetime vacation in 2022—and that desire is strongest among Millennials (67%) and GenZers (65%). Two thirds (65%) of respondents say they would rather take their dream vacation than purchase a new car, and nearly half (49%) of Millennials are willing to travel solo to their bucket-list destination.

Another big trend, impact travel — improving the world through travel — is resonating with every demographic group, and led by Millennials. Four out of five (81%) overall respondents want to go where they can immerse themselves in the local culture, with Millennials ticking a bit higher (84%). Similarly, 81% of respondents want their money to go back to the local community, especially Millennials (83%). And nearly eight in 10 (79%) of respondents said they are trying to be more purposeful in how they plan their trips and which companies they book with, with Millennials (83%) again coming in higher than the average.

While the pandemic has left a mark on the traveler’s psyche, Hendley says it has also brought a renewed sense of purpose. “People have been at home and they’ve been thinking about intentionality, the idea that ‘where I spend my dollars matters,’” she says. “Impact and sustainability are driving booking decisions. People are really thinking about what’s important to them.”

A New Service Matches Travelers With Savvy Locals In Italy

Sun Apr 3 , 2022
Grand Canal and Basilica Santa Maria della Salute in Venice, a city of hidden gems known only to … [+] locals. getty It is always more helpful to have a friend in a destination to point out the hidden gems that only locals know and the overrated places to avoid. […] 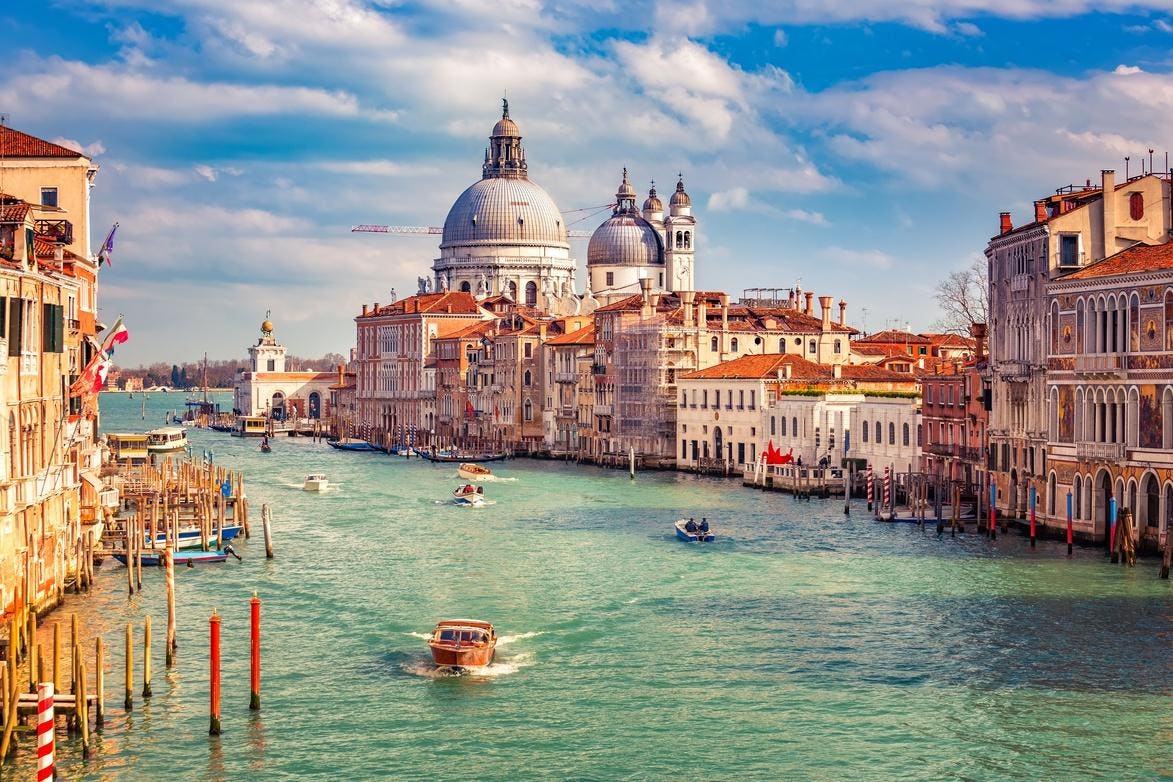