In Skift’s top stories this week, TUI Group’s largest shareholder is a prominent supporter of Vladimir Putin, Expedia stops offering travel to and from Russia, and hotels and hostels set aside beds for Ukrainian refugees.

Throughout the week we are posting original stories night and day covering news and travel trends, including on the impact of coronavirus. Every weekend we will offer you a chance to read the most essential stories again in case you missed them earlier.

World’s Largest Tour Operator TUI Has a Russian Oligarch Problem: Does TUI Group really want to be associated with a Russian oligarch who sits on its strategy committee and who is close to and allied with Putin during Russia’s invasion of Ukraine? That sort of publicity could hammer the company’s reputation and its customers won’t take the news well.

Russian Oligarch Resigns From TUI Group Board After EU Sanctions: Mordashov’s resignation from the TUI Group supervisory board has to be a tremendous relief to the world’s largest tour operator, which can now in large part get on with its business. However, there is a substantial hangover: With his shares frozen, Mordashov still remains TUI Group’s largest shareholder.

Sabre Ends Distribution of Aeroflot Flights in Travel Tech Retreat From Russia: Sabre has stood apart from its travel tech peer companies by being the first to cease offering flights from Aeroflot. It’s an unusual step as it comes at a cost to the company. The price of doing the right thing.

Expedia Ceases Sales to and From Russia: Expedia Group stepped out of the pack and ceased offering travel to and from Russia because of Putin’s invasion of Ukraine. The company doesn’t have a ton of Russia-related business, so even if the move is more symbolic than anything else, it is an important statement.

Hotels and Hostels Hosting Ukrainian Refugees Create Directory for Open Beds: Hospitality companies provided more than a million beds to emergency and frontline workers during the pandemic. As the legions of refugees fleeing the war in Ukraine grow, they’re back at it with a little tech boost to assist.

Travel Companies Distance Themselves From Russia: Major travel brands moved quick in response to show support of Ukraine amid the Russian invasion. But some of these companies still have exposure in an increasingly shut-off Russia.

Ukraine Tourism to the Travel Industry: Scream You’re Against the War: Speak up against the war and stop doing business with Russia as many firms already have. That’s the message that Ivan Liptuga, president of the National Tourism Organization of Ukraine, has for the travel industry.

Mon Mar 7 , 2022
In 2023 the Four Seasons Private Jet will respond to the pent up demand for the ultimate upscale air experience, with the most ever departures aboard the custom-designed plane. Seven incredible itineraries will provide worldwide adventures on land, sea and in the air. Taking to the skies in 2023 At […] 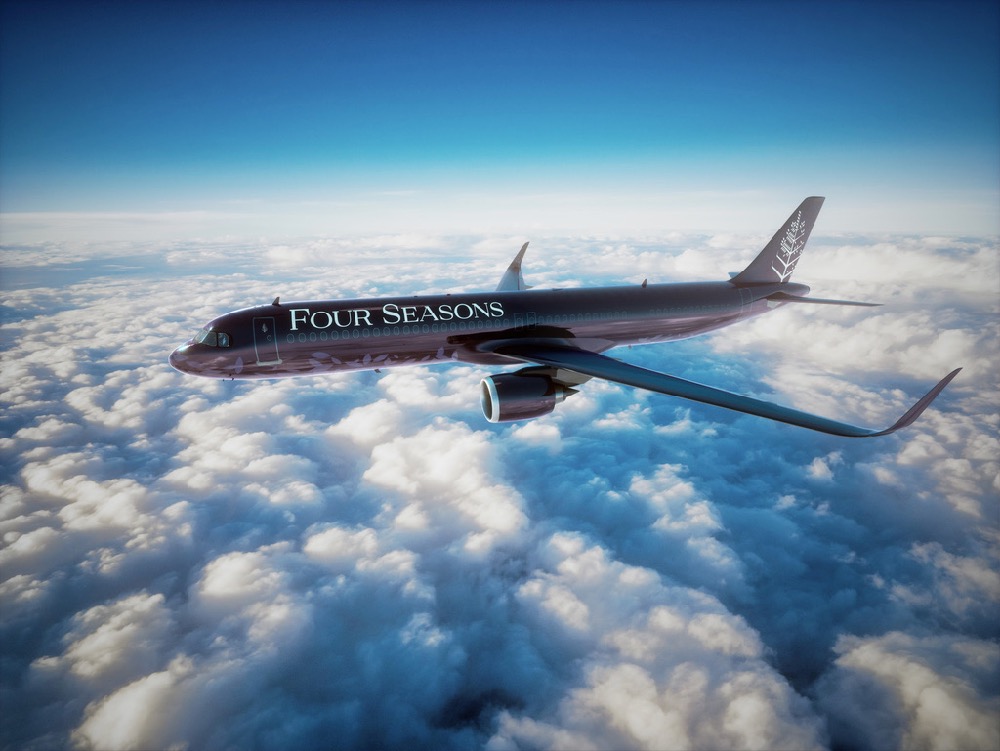