After two years of purely domestic or fraught travel plans, figures suggest Europeans are raring to go abroad this summer.

But those living in Europe’s holiday hotspots are likely to feel more ambivalent.

Travel numbers have now begun to climb back to pre-pandemic levels. The main teething issues – to put it mildly – have been at airports, with snaking queues and cancelled flights jeopardising eagerly-anticipated trips.

Destinations that struggled with overtourism in 2019, however, are also finding it hard to adjust.

There are signs that the tourism industry wants to do better. The Sawday’s booking group, including glamping favourites Canopy & Stars, recently announced a cap on the number of properties it manages in 14 ‘at risk’ destinations across the UK and Europe. This includes popular tourist destinations like the Lake District and Barcelona.

“The industry can’t keep gorging itself on the generosity of local infrastructure, communities and the environment without considering the longer-term effects.”

It may be too light a touch to appease critics, but rental giant Airbnb is also attempting to send tourists to lesser-known locations with a website change. The company has categorised four million ‘unique’ homes into 56 categories based on features like swimming pools, or proximity to a particular travel activity. It says that these changes are a bid to de-prioritise city centre stays.

We spoke to people living in three coveted destinations (all on Sawday’s restricted list) to find out what it’s like to watch tourist numbers change so dramatically.

From deserted museums to packed streets in Florence

Having Florence’s great art galleries and museums to yourself would be a dream come true for culture-lovers.

When Rebecca Orr arrived in Florence to start her PhD in late August 2020, this was how she got to know her new city.

“I took advantage of the relative quietness to visit museums and churches that are normally overrun with people,” she says.

“I went to the Uffizi Gallery two days before it closed to the public in October 2020 for Covid reasons. I practically had the place to myself and it was a real experience to be up close to artworks that normally you couldn’t see for crowds of people.”

The Italian city isn’t at full capacity yet, but it’s quickly heading in that direction.

“People talk about not being able to move in the city centre for crowds of people and I can’t imagine what that must be like although it is very busy in central locations already,” Rebecca adds.

Friends in central apartments decided to move this year when the streets got noisier, and accommodation prices started to rise again.

Living in a neighbourhood a 40 minute walk out of the centre, she initially had no point of comparison. But having seen how far Florence’s wonders extend, Rebecca thinks one answer could be encouraging people to spread their visits more widely.

“There are great museums, galleries, parks and churches just out of the city centre that are visited by relatively few people,” she says. “Tourism is concentrated in the central piazza leaving whole neighbourhoods relatively unexplored.”

But, Rebecca adds, advertising these under-appreciated districts comes with problems of its own. Spreading tourists out can mean gentrification and overwhelmed infrastructure in these neighbourhoods.

How can Venice solve its overtourism problem?

Cecelia Pierotti, 72, has many different reference points for Venice, having first visited in 1979. She made the move from California permanent just after the ‘Acqua Grande’ floods of November 2019.

Being in Venice during the Covid lockdown was “heart-wrenchingly beautiful,” she says, “but sad, because I knew that people were suffering – Venice sadly needs tourism.”

It’s not at mass tourism levels yet, but people are already visiting the city in droves.

“There seem to be huge tour groups, with up to 40 people jammed in narrow streets that have no cognition of the fact you’re trying to get past.”

Cecelia speculates that visitors seem more oblivious, but adds, “I understand that absolutely overwhelming urge to just stop and look, because it’s beautiful here – and that’s why I live here.”

“I thought in two years [of the pandemic], the powers that be would figure out a more sustainable kind of tourism. And it was two years squandered, I’m afraid.”

Venetian authorities announced a tax on tourists after the Easter holiday – an entry fee of up to €10 to try and curb the number of daytrippers. It was due to start in June but – as Euronews Travel revealed last week – a last minute vote has postponed the trial until 2023.

While residents believe more needs to be done, Cecelia isn’t so sure a tourist tax is the answer as it could end up causing more issues for locals.

“One of the big things for Venice would be regulating Airbnbs,” she adds – pointing to those owning upwards of 20 properties.

Cecelia believes it could help more young people afford to live in the city.

Skye is one of the largest of Scotland’s Inner Hebridean islands. It is another destination on Sawday’s ‘at risk’ list. Here the group is capping the holiday homes it offers at 27.

But Skye’s relationship with tourists is a little more nuanced than that of the Italian titans.

Issues were concentrated at the island’s hotspots, like the majestic hills of Quiraing and the Old Man of Storr, Neist Point Lighthouse and the clear-watered Fairy Pools.

“One of the big projects we’re involved in at the moment is a sort of tourist dispersal project whereby we’re going to be using technology to encourage visitors to go to less busy spots,” he says.

Traffic sensors at key points around the island will provide real time data through an app, and on electronic signs – like those already used for ferry traffic info – to suggest quieter places.

If the whole island had a sign, it would currently be flashing “Skye is open, we want people here.” But after a “deadly quiet” lockdown, tourism is recovering slower than expected.

Across Scotland, one of the biggest issues is the lack of hospitality staff.

“Businesses that would have had a good number of European seasonal workers coming, they’re just not coming back now post-Brexit,” says Simon. “And with a place like Skye, it’s very difficult for full-time workers to come and live and work here because of the cost of housing.”

Second-home ownership and Airbnb conversions are also high across Skye, but Simon attributes the problem to a general lack of affordable housing across the island.

The staff shortage has led some restaurants to reduce their opening days. Hotel staff are also having to multi-task from breakfast service to housekeeping, jumping behind the bar at lunchtime.

“The majority of people are delighted to see tourists back,” he says, “there’s just a worry that if people don’t get the experience that they’re expecting [as full service resumes], it might sour their experience on Skye.”

Minding our social and environmental impact in all parts of holiday-planning is an important part of travelling responsibly. But these experiences show there’s also a clear need to be respectful and patient in the places we visit as locals and tourists alike find their balance.

Travel Books to Inspire Your Next Adventure

Thu Jun 2 , 2022
As the weather heats up — and fear of pandemic travel continues to fade — adventure seekers, families and travel enthusiasts alike are trading in their winter jackets for hiking boots and bathing suits and getting ready to get back outdoors.   According to Penn State’s Department of Recreation, […] 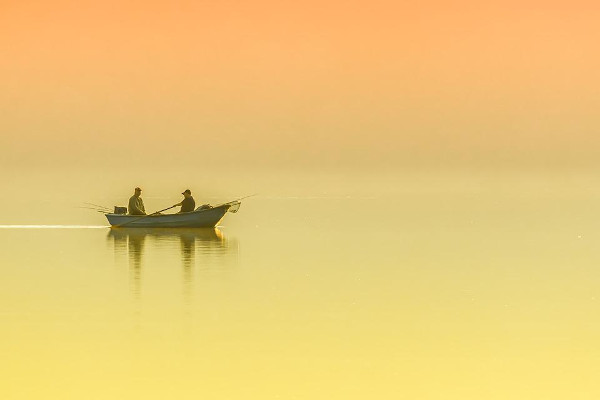